Hit the beach and flex those msucles in this future sports simulator, Bubble Tennis: Infatuation.

Bubble Tennis: Infatuation is a multiplayer party game, a cross between Pong, Breakout, Windjammers and the Santa Monica Muscle Beach!

The game was originally built especially for Games by the Sea, a fun party for cool folks run by Edd and his friends Spaff, Alice and Alex during the Develop conference each year. Edd was insipired by watching a lot of the Giantbomb crew play a bunch of Windjammers and thought it would be fun to make an event specific game.

Bubble Tennis: Infatuation pits two muscle men against each other in a pong like game with a twist. Player specific power blocks on the opposite side of the court can be popped in order to charge your mega meter. Once your mega meter is full you can unleash a power-shot that your opponent is unable to block! To emerge victorious you must be the first muscle-person to score 3 points. 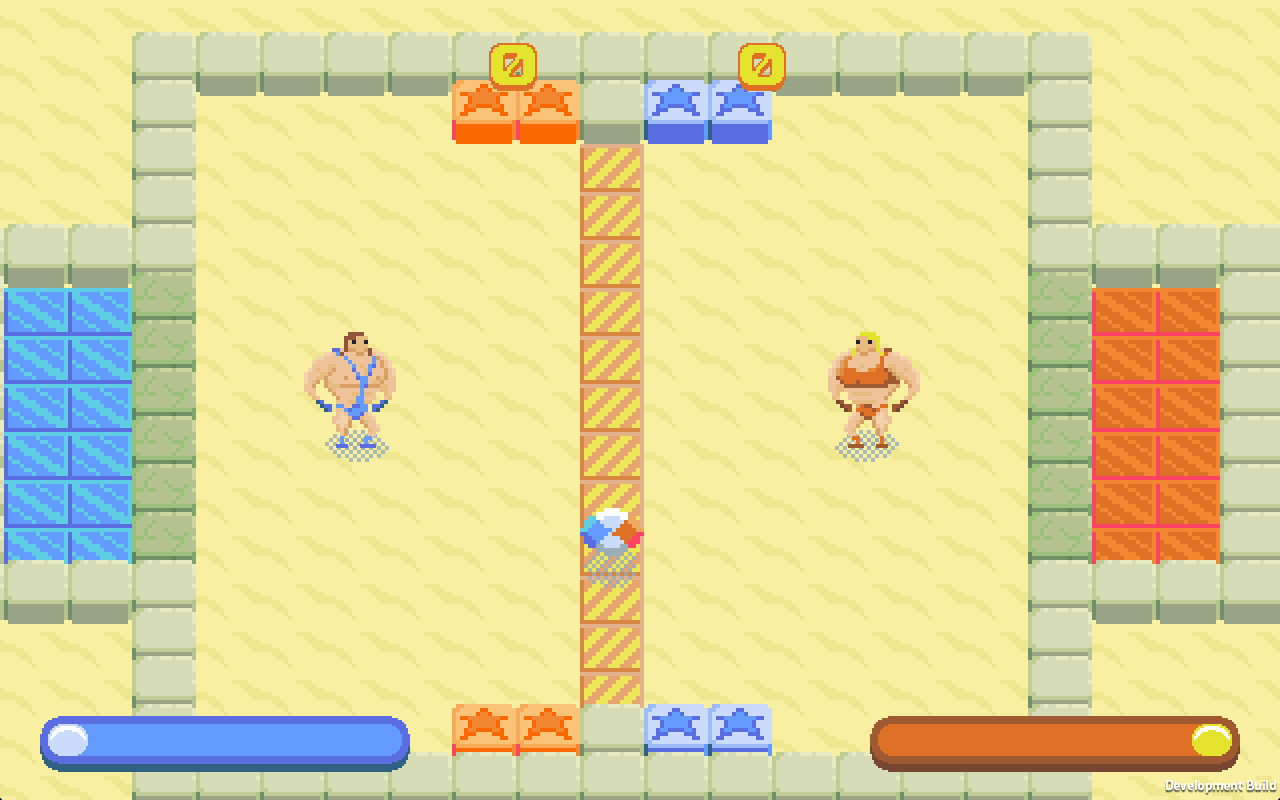 Bubble Tennis: Infatuation can be download for Windows and Mac: